Stay off the Escalator!!!!

“An escalator can never break; it can only become stairs.”
Mitch Hedberg

It was a mid-morning class and Jimmy had told me that he did not have his assignment from the previous night. Jimmy had frequently not completed his assignment and I began to question him about the incomplete assignment even though I already knew what his response would be. I asked him a few questions that escalated the situation to the point in which he decided to give me the middle finger. Immediately I sent him to the office and I moved on with the lesson.

Over the next few days in which Jimmy was not in class, I began to reflect upon my actions that day. I came to the conclusion that I could have prevented Jimmy’s actions that day. I did not have to prod him with questions about not having his homework assignment. If I had just accepted his response of not having the assignment and moved on, then, the situation would have never escalated to an action that led to suspension. I completely understand that there were two individuals involved with this situation. However, I have control over my actions and frankly, I was supposed to be the adult in the situation. After reflecting upon this situation, I realized that my actions as an educator, as a colleague, and as a person have a profound effect on the individual(s) I interact with daily.

“What we do does not define who we are.
What defines us is how well we rise after falling.”
Bob Hoskins

After that dreadful method of dealing with a student, I began a concentrated effort to make better use of my communication skills when speaking with students. I have collected some ideas from Todd Whitaker about communicating with students. Todd mentions that teachers should not scream, use sarcasm, or tell kids to shut up. I would also add that teachers should not use profanity with students. It seems simple until one day in a class full of students, one student is defiantly choosing not to do as have requested. Physiological changes begin to occur in the body, heart rate increases, sympathetic nervous system kicks in the ‘fight or flight’ mechanism, and the teacher utilizes the actions, whether productive or not, that have been used in his/her past. However, if teachers would practice, yes I said ‘Practice,’ communicating with everyone in their life without using sarcasm, screaming, profanity, and shut up, then, it becomes easier to speak with students in the same manner in a heated situation. 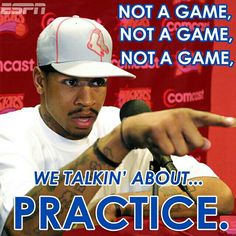 Screaming, or even raising your voice, at students who never are spoken to by parents in that tone will most likely get the requested behavior from the student. Otherwise, when an adult in a school yells at a kid who is frequently yelled at by his/her parents, the teacher is ‘running up the escalator.’ The student will immediately retort with a raised voice and most likely using profane and vulgar language. As educators we immediately believe this is disrespectful. However, when viewed from the student’s perspective, yelling is part of his/her everyday communication with an adult. Not yelling will help to keep stress levels down for the teacher and students without removing students from class for disrespect.

One student came to speak with me about a situation with her teacher. After discussing the situation, we came to the understanding that her reaction was excessive for the situation. During the discussion, she shared with me that the teacher was ‘in her bubble.’ She explained that the teacher had stood next to her and quietly addressed her individually to remain on task. However, the student felt the teacher was in her bubble and, at that moment, the student became defensive and responded angrily. The teacher was only subtly redirecting behavior without singling out the student in front of the class, which is how we[educators] have been instructed as best practice. After providing the student with strategies for handling responses when people enter her ‘bubble’ and providing the teacher with an explanation for the student’s reaction, both individuals better understood each other for the remainder of the school year.
Posted by Unknown at 10:22 AM